We were having lunch at the weekend and were discussing the penalty of age and what happens when you grow old. “Yes”, he reflected. “You may have a point. Once, my phone calls were returned immediately; now it may take four days or longer.”

I immediately thought of a time I was at a function in Dubbo and a number of politicians mentioned my name in glowing terms. One guy came up to me and said he had not heard of me, but I must be influential because of the things being said about me. “No, I replied, “Influence is ephemeral – it can disappear as quickly as it appears.’’

Not that some people do not retain influence for a long time – but there is a price to pay. You have to mix with a crowd of the same types grasping at the ephemera until, like Citizen Kane, they have only “rosebud” to murmur; some don’t even have that.

The comment that summarises much of what occurs was from the defeated member of parliament who said what he noticed most was that the telephones stopped ringing. Obviously that image needs to be updated in social media terms, but it summarises the ephemeral nature of influence and the intellectual laziness that surrounds it and which is epitomised by the growth in each politician’s office of the number of consigliere.

Traditionally, the more senior the ex-pollie the more important the government sinecure away from Canberra; some ex-Ministers have became chancellors of universities all the way down the ephemeral rungs to that of teaching politics part-time. Using their retirement or ousting, some are able to undertake pro bono or voluntary work, underpinned by their generous pensions and their contacts.

The problem is that politicians over the past 40 years have become outrageously well paid, with generous perks that seem to be never-ending. However, the stories of excess are not met any more by community outrage when reported but by clamours for more of the gravy train tickets.

“Jobs for the boys” have been replaced by the scourge of “rent seeking” – essentially jobs for doing nothing while wrapped in the gossamer of influence.

The hoary excuse for such greed is “I have sacrificed so much.” To which is added the lachrymose sacrifice my family has made for my increased prancing around in the Ephemera.

To put it bluntly, a rent-seeker is just a metastasis. A cancerous excrescence away from the main tumour, but still reflecting the nature of the tumour as it destroys the framework of the body. Doing no good but draining the life from the body for a price.

Yes, a metaphor, but the metaphor is obvious. And the metastases, male and female, let’s mention no names but they know who they are.

Of all the Aboriginal people, I would have most liked to have met David Unaipon.

He died when I was in my mid-twenties. I had never heard of him then.

But what had been my exposure at that time to Aboriginal people? Virtually none. I had been to the Hermansburg mission as a child and seen Albert Namatjira and Rex Batterbee, the white fella associated with encouraging Namatjira’s talent in watercolours and that of the Western Arrernte people.

I was a rabid Essendon supporter from a young age. Norm McDonald played on the half back flank for Essendon. I never thought of him being Aboriginal, a Dhauwurd Wurrung man from around Lake Condah; just a magical footballer – boy was he fast!

Then, if an Aboriginal person was mentioned with the word “footballer” it seemed always to be Doug Nicholls.

It was a world where I could have met David Unaipon but there was no $50 note to tell me he even existed.

David Unaipon died in 1967, and the closest I have got to him is his grave overlooking Lake Alexandrina, Victoria’s name before she became queen.

One of my fondest memories of when I used to go around the bush was seeing the Ngarrindjeri land near the mouth of the Murray river at Raukkan. Its Lutheran church is pictured on the $50 note. For some reason, it has some of my best memories.

One of my clearest memories of Raukkan was going into the Aboriginal office and seeing the number of portraits of their late elders lining the wall – mug shots as you would see in a whitefella boardroom. There was no concern about showing the faces or mention of the dead among the Ngarrindjeri, so I was told. 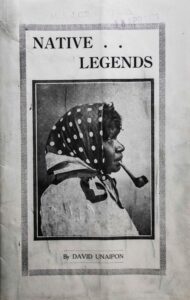 I happen to have a wonderfully annotated copy of David Unaipon’s slim volume “Native Legends” which he wrote in 1929. It is said to be the first volume actually written by an Aboriginal person. He is succinct.

For instance, Pah Kowie – The Creature cell of Life and Intelligence is just one page and concludes:

“Thus many of the ideas formulated by my ancient fathers may seem absurd to an enlightened age fantastic and absurd, but to us these ideas are the foundation of a structure and edifice of knowledge under whose shadow we live today.”

I wonder what Mr Unaipon would have said today.

However, I am a bit surprised that this early work has not been reprinted, at least as far as I know, given that most of us are reminded of him everyday.

I remember the Independent Enquiry into the Repatriation System under the wonderfully named Justice Paul Toose. It was set up in 1971 and did not report until February 1976 – three elections and three Prime Ministers later. As people in government joked, this “plodding” inquiry lasted longer than the First World War and ran to 800 pages and 300 recommendations, one of which seems to have been changing the name of the repatriation department to the department of veteran affairs.

Not that I would like to see the Review of the Medicare Benefits Schedule break the Toose record, but Professor Robinson is giving it a red hot go. The review has been going for four years – for what? Any review that takes that amount of time becomes problematical.

They were somewhat significant inquiries.

Yet here we have Bruce Robinson and his crew backed by McKinsey just like the Mississippi River, “it just keeps rollin’ along”. I have heard the time 2023 mentioned as the new end point. Well, that would break the record – a formidable feat. Probably we could have a plaque to celebrate the finish of this Homeric epic.

Perhaps getting a sharper Shadow Minister for Health in Chris Bowen will see if we can dam the Robinson and his multiple tributaries.

The subsidiary question is how much has McKinsey cost the Government for no noticeable impact – you know McKinsey, the firm that is in a running feud with the NYT about its methods and clients. It is an unedifying backdrop.

It is interesting that the latest round of Ministerial adjustments to the Medicare Benefits Schedule by Minister Hunt did not seem to mention the Review. As one senior politician said to me once, governments use these inquiries as a means of maintaining a freeze on patient benefits. I wonder if the patients themselves know of this stratagem.

Unlike the original Nimmo Inquiry which reported in 1969, which had the knowledgeable advice and expertise of John Deeble and Bruce Scotton, subsequent reviews since the breakdown of the periodic Enquiries conducted by Government and the AMA have not achieved very much – but at a great cost in time and the employment of outside consultants.

I should know. Medibank and Medicare have been central to the life of most doctors, including myself and it should not be left to slowly decay, because of an interminable uncertainty, which is the other side effect of an unending wander through the Medicare Benefits Schedule.

My wife loves photographing doors. Front doors, that is. Front doors opening on streets; front doors not hidden by a pathway, a garden, a porch or verandah and a flyscreen.

In it simplest form she believes the front door defines the place, the thoroughfare, the relationship of one place to another, the people behind the door in the space, working and living there. 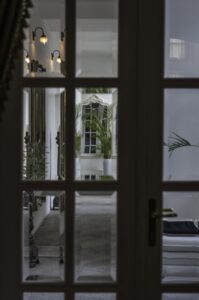 I am not so sure. I see the front door as an identifier of the place but not necessarily those behind the door. Many of us merely inherit our front doors. Many front doors do not identify anything. There may be nothing behind that door but an empty space.

The doorway is Ianua in Latin, named for the god with two faces and from where the word “January” is derived – and janitor as well. January is the doorway to the year. We cannot prevent anybody from passing through the doorway. February always comes.

We, however, may have a janitor to maintain the upkeep of door and passageways. That person may have many names and interpretations in many languages.

We invented the door and then locks to keep people away from the space behind the door, for whatever reason. The door becomes the vehicle for the lock and for maintaining permission to use that space. The door can become a massive contraption to secure that space or as occurs in rural areas in my country just a way of keeping the dust and the animals out. The houses meanwhile are left unlocked. The unlocked door can be a measure of trust, but also a measure of carelessness. 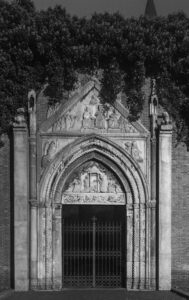 Once I could turn the handle on any church door in any out of the way place, and I could enter and stand in this church with all its furnishings and stained glass intact. This is not carelessness, but an act of trust by those who have the key to the door.

The front door as an inanimate piece of wood or metal is an obstruction to that passage, and so may be an identifier. My wife may be right. How we regard the front door in fact may define the civilisation in which we tread.

I decided to try my hand at shrew taming. I sent for an application form and received the following questions. Well, not actually.

I have inserted the word “shrew taming” to protect the names of the drongos who manufactured these questions. My reflection is the same as it has always been, except my fur is bit greyer and the lines on my faces are deeper than when I was a pinkie.

But see if you can interpret this set of Parts into English. Good Luck!

“Part 1: Tell us about yourself and your role

Part 2: Tell me about your experience with shrew tamers

Objective: to understand individuals touch points with shrew tamers and their overall end to end experience

Part 3: What is your overall reflection based on these experiences?

Objective: to understand shrew tamer’s strengths and pain points to identify future areas of focus for the end to end experience

Part 4: What would you like to see more of in future?

Objective: focus on the future experience and how we can orchestrate touch points in the future to ensure a seamless experience.” 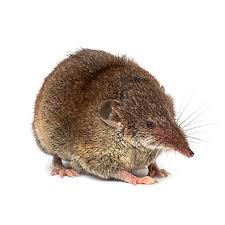