When I was writing a book funded by the Commonwealth Department of Health to celebrate the bicentenary of Australia in 1988, the idea behind the book would be to take a number of people of various backgrounds in the health field and ask them why they were there at that particular time – 1988. 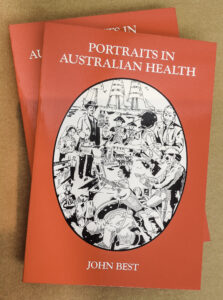 I had very few refusals. One I would have liked to include had terminal cancer, as I learnt later. Most of them I knew to some degree personally, but for some, like Vivian Statham nee Bullwinkel, it was a matter of cold calling. She must have liked what I wrote because she sent me a nice note. Others, like Professor “Pansy Wright”, sent back his annotated chapter with typical pithy oblique yet amusing marginalia. He never said anything was wrong, mind you.

In 2004, “Who do you think you are“ appeared on BBC television. Bill Oddie was the first, but most of the subjects have been entertainers or sportspeople because they trained professionally to run the gamut of faux-emotion when the insights are “magically” opened up for them. Judging by the longevity in the series, it is great theatre and being copied in other countries, such as our own.

Business is booming in the whole ancestry business. The growth of analysing the individual DNA for racial heritage is alive – wonderful to know that one has a smudge of Lithuanian with a nuance of Savoyard barbecued on the heritage grill with a smidgen of Genghis Khan.

I do not know why we do it, apart from the fact that we live in a world of self-absorption where “I” overwhelms anything else in the alphabet.

However, who am I to talk? I have always been fascinated by my mother’s Irish heritage.

I have visited Crossard where John Egan, my great-great grandfather was born about 1770. All that remains of the 18th century Crossard is one stone wall of the Moravian Church, where one of the local families, the Burtons, helped 100 Moravian refugees from Central Europe establish a community at Crossard.

After the Moravians left, the building survived for a number of years, becoming a Catholic Church in the 1830s before falling into disuse. In addition to the remains of the Moravian Church and one stone ruin there are four modern stucco-rendered houses, one unfinished plus a farm called “Crossard Cottage”.

Crossard is near the river Fergus, and here John Egan was a flour miller, and the flourmill building still exists at Clifden about two kilometres from Crossard on Lough Inchiquin. The Burton family had a large house on the Lough in the 18th and 19th centuries.

I had driven the narrow raised track towards Clifden knowing that would have been the route along which John Egan probably went to work. I have been on better roads, especially when confronted by a large piece of farm machinery travelling in the opposite direction. The road was on the edge of a substantial drop to the river plain. Having to reverse back down the muddy track was a deterrent to plunging back down that road – or off the road.

His son, my great-grand father Michael Egan migrated to Australia in 1848, and first went to Kapunda in South Australia, as did a number of the Blood family. That settlement was where the first commercial copper mine had been opened, antedating the gold rush. The Bloods, Burtons and Bindons were prominent Protestant landowners around Corofin and I had an idea that Michael Egan was employed by the Blood family as a young man in Ireland. Even to this day there is a Clare castle pub in the main street of Kapunda.

Eventually, Michael Egan was to become a very wealthy man in early Melbourne, benefiting from the gold rush as a wood merchant.

The Corofin Genealogy Centre was very helpful, but records in the National Library only go back as far as 1819. Searches could be undertaken in parish records to try and trace our lineage back further, as John Egan would have been born a Catholic in 1770. It could cost up to 500 euro for an extensive search of remaining baptismal and land records to find out more. These are matters that you intend to do, but I am closer to being a heritage listing and further puddling in baptismal records. My descendants may wish to do so.

I really just wanted to see what type of countryside our ancestors left to assure our existence. Although close to the Burren, it was very arable, but was particularly badly hit by the potato famine. This eventually was the reason the Egans came to Australia, but that is another story.

Charlie McMahon concludes his time in the Western Desert

Nicholas who had been in much strife at Kintore, was no trouble and was keen to use tools, particularly the screw drills. Charlie Tjakamarra who always wore a men’s red headband was staunch, cheerful and worked with me, always offering to lighten my load. Henry reckoned Charlie stayed close to me because he thought me to be in too much of a hurry (which was probably true), and worried I was likely to harm myself. There was no racial divide, none of the troubles of drink when you are two days drive out from the nearest boozer.

In my four and a half years in the Western Desert there was not a drop drunk. I did keep an emergency flask of Chateau Tanunda brandy behind the passenger seat but never had to call on it. In the evenings Venus flickered between red and blue on the Western horizon and if I woke at night, the stars of the Southern sky told the time in the cloudless winter dry season, skies so clear that they looked not so much black as a faint blue. Frequent meteor streaks evoked trepidation among the fellas as they were thought to be the spirit of someone who had died far from their home.

Everyone was pleased to see Minyina aka Anatari Number 3 and his wife, whose name I cannot recall, turn up one day with young Andrew Tjakamarra who was about 16 and the driver, a cheerful lad who immediately moved to camp with us while Minyina set up the first humpy at Kiwirrkurra about 100 meters to the north of us, an indication they must have lived out to the north BTT (before trouser time) because desert people always choose to camp in a spot adjacent to their country.

They relished hunting fresh terrain, bringing a cooked cat (the one that I described earlier) to our campfire. Three weeks into the job the bush food was well received. With more hands than planned for, the town supplies were running low. We were down to flour, a few cans of bean and we had run out out of tea and sugar.

The crew saved the day one afternoon returning with a fair sized roo and smaller one that were cooked immediately the Pintubi way. One had a poor little joey in pouch that the crew had some fun with, watching Danger nudge it to try to make it run, but I couldn’t stand to see it suffer and knocked it on the head. With a lot of care and special milk joeys can be nurtured but this was a work camp.

I was tempted to do a dash to Kintore store for food but it was a day’s drive there and back and with only three days to finish the job I didn’t really want to. Henry dared me to make it through eating roo. The meat didn’t go off in the dry air stashed in a tree. We ate smoked and dried roo for the duration. I imagined how good a counter lunch at the Stuart Arms was going to taste in a few days. I got the runs, which no one else had. So I put it down to me being unaccustomed to roo meat. Still it was a good feeling to have finished the preparatory work so that the next month the windmill and tank could be erected. Henry drove and with no load it was a relatively quick trip but I was a mess when we pulled into Kintore at sunset and came across Jim Dooley at Steve and Kerry’s camp. Dooley had just dropped off freight there. Dooley was a funny bugger always joking, and my predicament was ammunition – I became the butt.’

“Welly welly Charlie Hook has gotten a crook belly playing at being a Pintubi”, he proclaimed.

“Henry, you trying to make a black fella out of Charlie?”

“Shit you stink, Charlie and you will reek of roo for days.”

Dooley’s kindness was my lucky break. Henry drove my vehicle to the loading ramp, onto the deck of Jim’s truck. Danger and I rode into town through the night in the sleeping bay with a few “crap stops”. Occasional farts erupted and smelt so bad that Dooley’s Jack Russell on the front seat would whimper, looking at me with ears down with forlorn, yet not reproachful face that dogs do so well. My odour did not worry Henry and Dooley. They just yarned all the way to town.

After a few days I recovered though Dooley was correct, the smell stayed with me. I could tell by reactions of the dogs. A yard guard dog had a go at me but turned tail when Danger responded in defending me. Since then I invariably get a vomit reflex when I smell wild roo meat. I am OK with the premium young doe roo meat that supermarkets sell as it has hardly any stench and in a spicy stew with onions I have no worries.

A brief note on Prohibition

Some years I was invited to a social function on a U.S naval vessel. It was a beautiful Sydney night. I had forgotten that there was no alcohol on US naval ships, with few exceptions. For instance, if a vessel has been at sea for 45 consecutive days or more, sailors are allowed to have two beers, on a one-time basis. However, it was salutary to attend an evening function without alcohol and only Kool Aid on offer. The function was pleasant and it was good to wake up the next morning and not regret the previous evening.

I was put in mind of the recent medical shock and horror at the alcohol industry’s response to the recent furore about alcohol and the recognition that alcohol is a part of our daily life.

Everybody knows that alcohol in excess is a poison, but whether lecturing the community is the best way to get the message through is probably problematical.

However, what the medical and other health professions could do is to emulate the US navy and ban alcohol at all official functions – all dinners. There would be mocktail receptions for distinguished guests. No more wine and food society functions under the auspices of medical groups – more than two glasses of booze a day contravenes the NH&MRC warning. 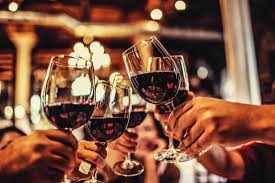 It is after all somewhat hypocritical to have happy snaps of health professionals at dinner with glass of wine in hand, if one is excoriating the alcohol industry at the same time for its collective irresponsibility.

Therefore, if the medical profession were really serious it would implement a total ban on alcohol being served at any sponsored dinner, and check the guests for hip flasks as they arrived.

It would also test whether anybody really wants to go to these functions, where self-aggrandisement is no longer an essential ingredient nor alcohol the essential lubricant.

Overheard in the Classics department of the University of Chipping Tarcoola. 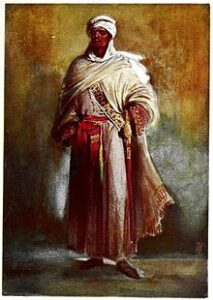 “You know Scott Morrison has a Shakespearean connection. His name is Scottish-Irish, a derivation from the Latin word “Mauritius” – meaning a bloke from Mauretania – that is, a Moor. Not sure he would have liked to be known as Othello Morrison. Hate to know who he would pick to be Desdemona though.”

One thought on “Modest Expectations – Majority”